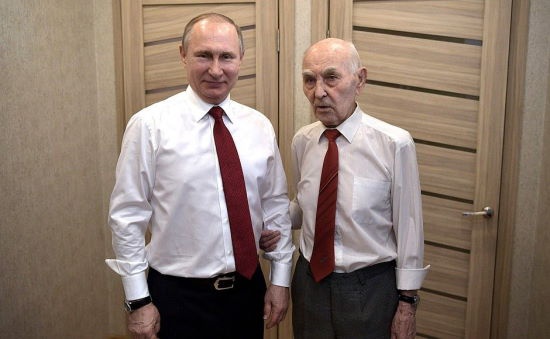 After getting a job with the KGB and completing KGB training, Putin landed at the counterintelligence department of the KGB office responsible for the city of Leningrad and the Leningrad Region. He worked there from 1977 to 1984. After that, Putin was sent to Moscow for intelligence training. He completed the course in a year.

Based on his performance and other factors, Putin was deployed to the city of Dresden in East Germany as a “legal” intelligence officer. He had a formal cover as the director of the House of Friendship of the USSR and GDR, but his real job was not a secret from the German authorities. In fact, Putin was part of the KGB office that closely worked with the Stasi and coordinated operations against West Germany and foreigners visiting East Germany.

Putin served in East Germany from 1985 to 1990. By the end of his stay, Putin advanced to the rank of Lieutenant Colonel of Justice of the KGB (“of Justice” referred to his legal education). Although, he was still primarily an implementer, not a boss, as his office wasn’t huge, and there were few opportunities for career advancement in Dresden. His job was called “the Senior Assistant to the Department Head”.

Pictured - Vladimir Putin (left) and his former boss in Dresden Colonel Lazar Matveev. In 1985, Matveev personally chose Putin for his office, as he preferred to work with officers from Leningrad (the second-largest city of the USSR, famous for its cultural and educational traditions)