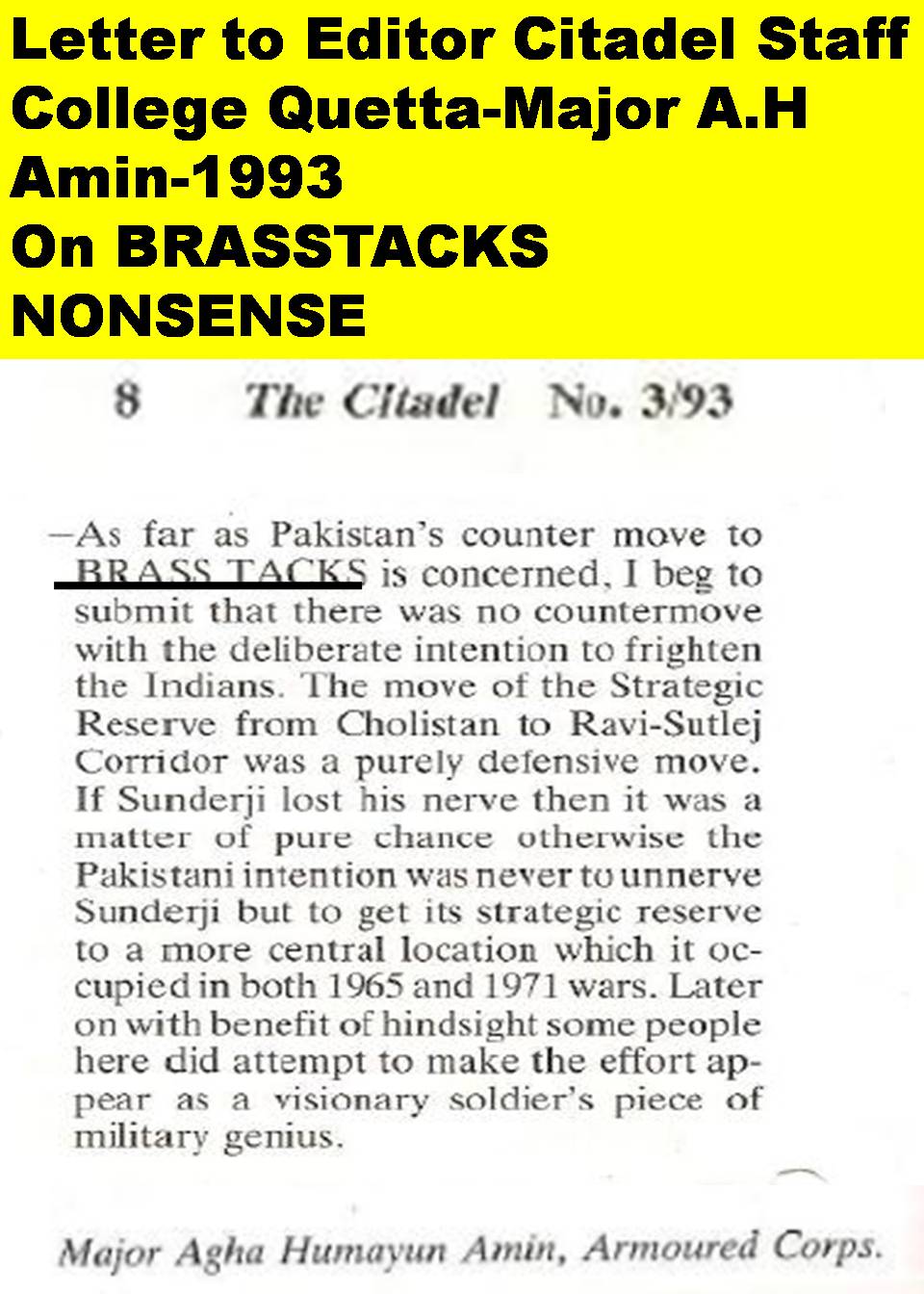 INDIA TODAY HAS TO SELL . EMPLOYEES HAVE TO BE PAID . BUT THAT DOES NOT MEAN THAT YOU MAKE BULL SHIT OF HISTORY .

1-during my course of stay in afghanistan this subject was much discussed with indian retired officers visiting afghanistan.

2- my regiment was part of 1987 mobilisation from november 1986 to march 1987.we were issued first line tank ammunition in 1st armd div.
3-archival evidence reveals that indian army chief sundarji was looking for glory in brasstacks , the idea to provoke pakistan into war.pakistan army did not buy the idea , did not get provoked because pakistan was in no position to fight a war .the reason why the  indians lost track of first armoured division which was largely hameed guls brilliance , although i dont agree with many of his ideas. hameed gul alone , not even saroop the corps commander who wanted to give hameed gul a bad report ?

There was no glory in the moves.the units were morose . the commanding officers were lifeless.it was a very defensive move .

That sunderji was unnerved was a weak mans response.

I am perfectly aware that the GHQ ordered the move but the brilliant way in which it was executed was the real reason why the indians failed to detect where the division went. Here the deception plan of First Armoured Division and the secrecy with which the move was executed was crucial.

And by the way there was great confusion on pakistan side as the areas of move were changed about 30 times.
Perhaps I will rephrase the assessment . i have no interest in projecting hameed gul.
Such was the state of demoralisation that when Maj Gen Hameed Gul asked for a volunteer squadron commander to take an advance position near the border , only one man Captain Tariq Khan volunteered . He was later marched in and given a reprimand for disagreeing with both 5 Armoured Brigade Commander and Hameed Gul . Now LTG Tariq Khan made a very interesting remark when asked by Gul about his ideas.He said words to the effect that it was technically sound but tactically stupid.
We were hiding in forests and told not to move anywhere but later when Sundarji lost his nerve because of his own weak character many Pakistanis tried to take glory for this event.This glory part started appearing after April 1987 when the situation had normalised.

The bastard child zia regime which was never exactly popular in Pakistan projected the event as a great military achievement of zia . Ironically Indian press made this job easier ?

We at a very personal level knew that the period November 1986 to March 1987 was not exactly very glorious.There was an air of gloom everywhere .
At a personal level when both saroop and hameed gul who did not get along well except on one point , getting me dismissed from service for boozing were snubbed by the then army de facto chief , the VCOAS K.M Arif who snubbed them and told them that he will not sign dismissal orders of  an 11 Cavalary officer.Here a short whisper in his year by his ADC and my dear friend Captain Khalid Gujjar that I was old 11 Cavalry did the miracle !This was March 1987.
Credit to Hameed Gul that he exonerated me later on 19 March 1987 from all charges in writing . However when he left for the ISI his orders were not honoured by his successors.
Interestingly it was not the main intention of Pakistanis to terrorise Sundarji by moving the First Armoured Division.The intention was to move into a central position from where a counter offensive could be launched against the expected Indian attack.

However Sundarji lost his nerve when he lost track of Pakistans First Armoured Division and simply lost the moral courage and resolution  to do what he intended.I discussed this incident to the ire of many in Command and Staff Colleges Citadel Journal in 1993.


4- even rajid gandhi never bought the idea as revealed by various archives including principal secretary S.S Gills testimony .
5- in the end sundarjis ambition failed . brasstacks did not provoke pakistan , rajiv gandhi also did not bite sundarjis bait.
6- real threat to pakistan was in september-november 1984 when my regiment was part of 1 corps mobilisation. at that time only two sikh officers saved pakistan by pumping bullets in durga devi . 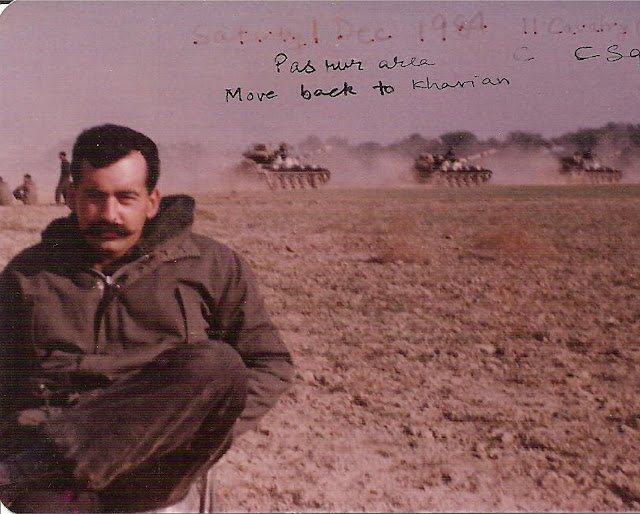 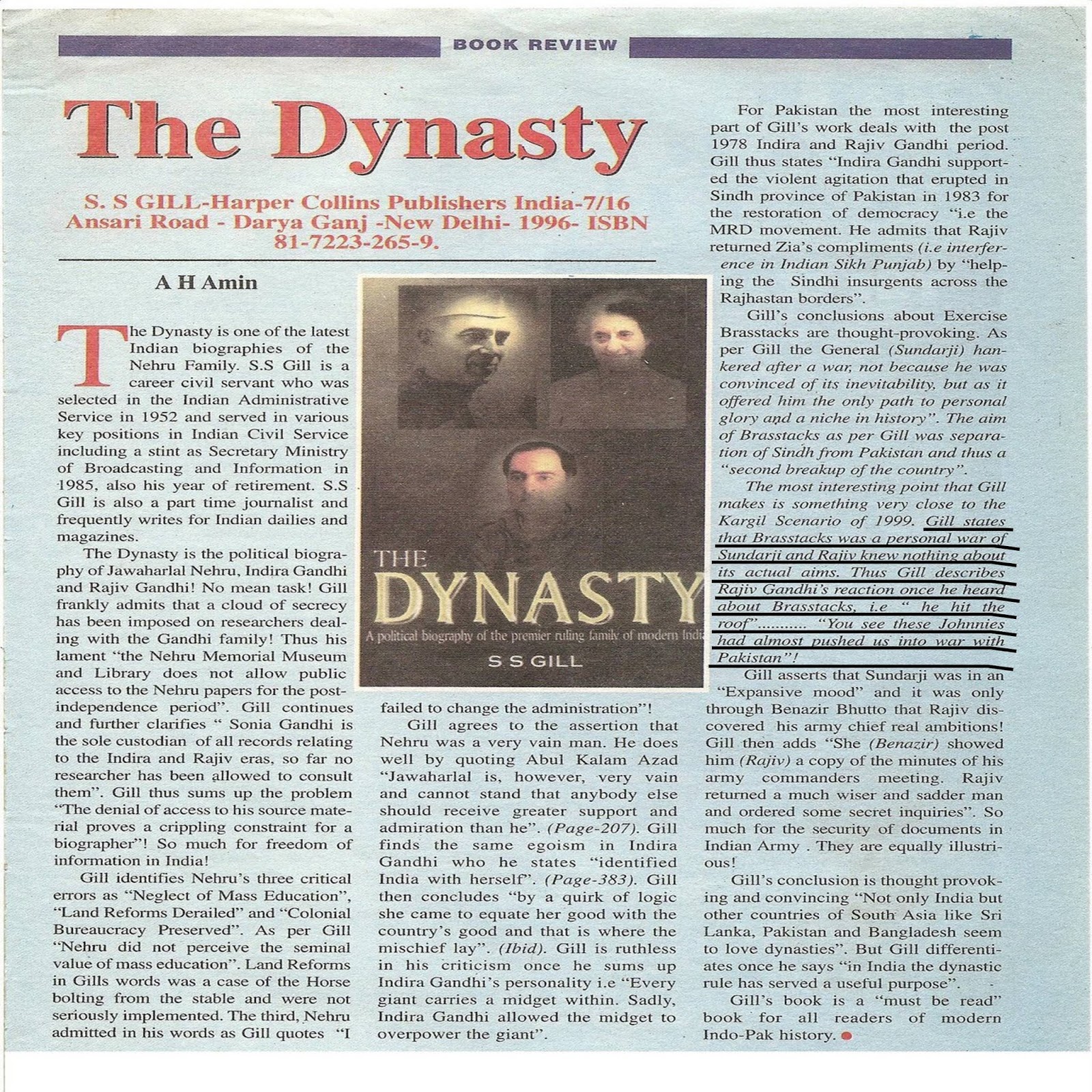