SUMMARY OF CHAPTER FROM MY BOOK PUBLISHED IN 1999:—-

1965 was an eventful year in Indo-Pak history. The Pakistani military ruler Ayub emerged victorious in the Presidential elections held in January 1965 amidst allegations of rigging. This factor created a desire in Ayub to improve his political image by a limited gain in the realm of foreign relations. He got an opportunity to do so in April 1965 over a minor border dispute with India in the Rann of Kutch area. The Pakistan Army dominated the skirmishes in the Rann area as a result of which a climate of overconfidence was created in the Pakistani military and political establishment.7

In May 1965 following the jubilation in Pakistan because of the Rann affair Ayub became keen to launch the proposed “Operation Gibraltar”: a proposed plan to launch guerrillas into Indian held Kashmir with the objective of creating a popular uprising, finally forcing India to, abandon Kashmir. Ayub went to Murree on 13 May 1965 to attend a briefing on the conduct of Operation Gibraltar.8 We will not go into the controversy surrounding this plan, which is basically an exercise in futility, and mud slinging initiated by some self-styled experts, motivated largely by personal rivalry and ulterior biases, since the prime aim of this article is to discuss the military significance of Operation Grand Slam and its connection with “Operation Gibraltar”. In this briefing Ayub “examined” the “Operation Gibraltar” plan prepared by Major General Akhtar Malik, the General Officer Commanding (GOC) 12 Division. The 12 Division was responsible for the defence of the entire border of Pakistan occupied Kashmir from Ladakh in the north till Chamb near the internationally recognised border to the south. It was during this briefing that Ayub suggested that the 12 Division should also capture Akhnur.9 This attack was codenamed “Operation Grand Slam”. General Musa, the then C in C Army and Altaf Gauhar the then Information Secretary and Ayub’s close confidant, the two principal defenders of Ayub have not given any explanation about what exactly was the strategic rationale of “Grand Slam” and what was its proposed timing in relation to “Operation Gibraltar”. We will discuss this aspect in detail in the last portion of this article.

The confusion in history writing in Pakistan may be gauged from the fact that Shaukat Riza’s book on 1965 War, despite being Pakistan Army’s official account does not contain the two words “Operation Gibraltar”! It appears that the idea of launching a guerrilla war in Indian held Kashmir was in vogue since the 1950s. Major General Mitha confirms in his GHQ inspired book, written soon after publication of Gul Hassan Khan’s memoirs10 that had outraged the Pakistani GHQ that he heard ideas that such an operation should be launched since 1958.11 Mitha claims that from 1958 to 1961 he had advised that “such operations had no chance of success and each time F.M Ayub Khan had agreed with me and vetoed the suggestions”.12 General Gul Hassan states that the secret “Kashmir Cell” formed by the Foreign Office on Ayub’s orders consisting of various key officials including the DMO i.e Gul Hassan was informed by the Foreign Secretary Aziz Ahmad that the President had ordered GHQ to prepare two plans to encourage/provide all out support sabotage/guerrilla operations in Indian Held Kashmir. Gul states that the decision to mount guerrilla operations with active Pakistan Army involvement was taken after the Rann of Katch skirmish. Altaf Gauhar who was the Information Secretary at that time claims that the Foreign Secretary Aziz Ahmad had “convinced himself that Pakistan was in a position to dislodge the Indians from Kashmir” and that “Once trained Pakistani soldiers went inside Kashmir the people of the Valley would spontaneously rise in revolt” and that “fear of China would prevent the Indians from provoking an all out war that would give Pakistan army the opportunity to drive the Indians out of Kashmir just as it had done in the Rann of Kutch”. Gauhar further claimed that the Inter Services Intelligence (ISI) Directorate and the Foreign Office drew up the plan for Operation Gibraltar.13

Pakistani expectations, and this does not include Bhutto alone, as many self-styled experts based on personal rivalry would much later claim; were raised to unrealistic heights after the Rann affair and Ayub was convinced that Gibraltar would succeed! In a written communication before the war Ayub asserted that “As a general rule Hindu morale would not stand more than a couple of blows delivered at the right time and place. Such opportunities should, therefore, be sought and exploited”.14

Gauhar states that Mr Z.A Bhutto the Foreign Minister was so convincingly persuasive in his advocacy of Operation Gibraltar that he convinced many Pakistan Army officers serving in the GHQ, who in turn urged the Pakistani C in C Musa to “bite the bullet”.15 Further Musa, the C in C much later in 1983 claimed that Bhutto had “Brainwashed” his officers.16 These two assertions if true means that either Bhutto was a military genius or those army officers who he convinced had no grey matter and that the Pakistani C in C was a glorified headclerk whose function was that of a rubber stamp rather than anything to do with higher military strategy or operational planning.

This article is not about “Operation Gibraltar” but “Grand Slam”, however, no discussion or analysis of Grand Slam is possible if Gibraltar is not discussed, although in brief. Operation Gibraltar envisaged guerrilla operations inside Indian Occupied Kashmir by a number of guerrilla groups of roughly a battalion strength comprising of Kashmiri Volunteers trained by Pakistan Army, Pakistan Army Special Services Group (SSG) Commando personnel and some regular infantry troops.17 The total strength of the “Gibraltar Force” was not more than 5,000 to 7,000 men subdivided into five forces i.e (1) “Salahuddin Force” operating in Srinagar Valley, (2) “Ghaznavi Force “ in Mendhar-Rajauri area, (3) “Tariq Force” in Dras-Kargil area, (4) “Babar Force “in Nowshera-Sundarbani area, (5) “Qasim Force” in Bandipura-Sonarwain area, (6) “Khalid Force” in Qazinag-Naugam area, (7) “Nusrat Force” in Tithwal-Tangdhar area, (8) “Sikandar Force” in Gurais area and (9) “Khilji Force” in Kel-Minimarg area.18 The mission assigned to the various Gibraltar forces was warfare in the enemy’s rear including harassing enemy communications, destruction of bridges, logistic installations, headquarters with a view to create conditions of an “armed insurrection” in Kashmir finally leading to a national uprising against Indian rule leading to liberation of Kashmir or at least parts of it.19

The infiltration operation of the Gibraltar Force commenced from first week of August 1965.20 General Harbaksh Singh the C in C Indian Western Command described the infiltration operation as “brilliant in conception”.21 The Gibraltar Forces mission was too ambitious and its achievement was beyond its means, however, in words of Indian military writer Major K.C Praval “Although the Gibraltar Force failed to raise a revolt, they did succeed in creating a great deal of confusion and disorder by acts of sabotage, violence and murder”.22 Praval praised “Nusrat Force” which was operating in Tithwal area which in his words “caused a great deal of damage before it could be pushed back over the ceasefire line”.23 Indian General Harbaksh Singh in the typical Indo-Pak style of not being intellectually honest once dealing with assessment of enemy actions, inadvertently admitted the mental dislocation that the Gibraltar Force had caused in the headquarters of Indian 15 Corps. Harbaksh thus stated “General Officer Commanding 15 Corps gave the following assessment of the prevailing situation: — The maximum success gained by the infiltrators was in the Mandi area where they had secured local support”24 .......... “General Officer Commanding 15 Corps in a personal signal to me recommended the abandonment of the Hajipir offensive .....on account of the serious tactical situation in that sector”. 25 This happened on 15th August! On 17th August 1965 General Harbaksh Singh noted that the 15 Indian Corps Commander’s assessment of operational situation in Kashmir was “rather too grim and gloomy”.26 Even Joginder Singh who later wrote a book to refute most of Harbaksh’s assertions admitted in his book that “GOC XV Corps Lt Gen Katoch appeared to be overwhelmed by the scale of infiltration”.27 The reader may note that all this was happening despite an overwhelming Indian numerical superiority in troops. A small example being the 25 Indian Division area where the Indians had some 20 infantry battalions 28 at a time when the total strength of the 12 Pakistani Division responsible for all 400 miles of Kashmir was not more than 15 infantry battalions! 29

The local population of Indian Held Kashmir did not co-operate with the Gibraltar Force and by 18th August the operations of the Gibraltar Force were considerably reduced. The Indians brought in additional troops and the infiltration operation was checked by 20th August. As discussed earlier the Indian 15 Corps Commander was unnerved, however, the C in C Western Command Harbaksh Singh exhibited greater resolution and spurred the 15 Indian Corps into launching two major counter infiltration attacks inside Pakistan Held Kashmir to destroy the logistic bases in Hajipir Bulge and Neelam Valley areas. Both these attacks succeeded since the 12 Division was already over stretched with single infantry battalions holding frontages varying from 10 to 20 miles. 30 There is absolutely no doubt that Gibraltar was an undoubted failure! The loss of Hajipir Pass, the principal logistic base of the infiltrators on 28th August and Indian successes in the Neelam Valley and opposite Uri on 29-31st August 1965 unnerved the Pakistani GHQ who assumed that Muzaffarabad was about to be attacked!31 The supposed liberators of Indian Held Kashmir were more worried now about what they had held before commencement of hostilities! It was under these circumstances that the Pakistani GHQ ordered execution of Grand Slam with the aim of relieving Indian pressure against Muzaffarabad! Shaukat Riza the official historian of the 1965 War admitted that by 31 August the Indians had ruptured 12 Division’s defences and this was the main reason why the GHQ decided to attack Chamb “to ease pressure on 12 Division”. Shaukat also quoted Musa and the Chief of General Staff Sher Bahadur in stating that the main reason why Grand Slam was launched was that “there was danger of Indians capturing Muzaffarabad”.32 Musa in his roundabout way of saying things did not mention Muzaffarabad but merely stated that the main object of launching “Grand Slam” was “reducing pressure in the north by capturing Chamb and threatening Akhnur”.33

Akhnur Class 18 bridge 34 on the fast flowing Chenab River was the key to Indian communications from Jammu and mainland India a group of valleys lying south south of the Pir Panjal Range and West of Chenab River, most prominent of which was the Poonch River Valley. The bridge was the sole all weather lifeline of one oversized Indian infantry division, with at least twenty infantry battalions, defending Poonch, Rajauri, Jhangar and Nauhshera and one Independent Infantry Brigade defending Chamb-Dewa Sector. Possession of Akhnur could enable an attacker to threaten Jammu the key to all Indian communications from Pathankot to Srinagar/lLadakh etc. 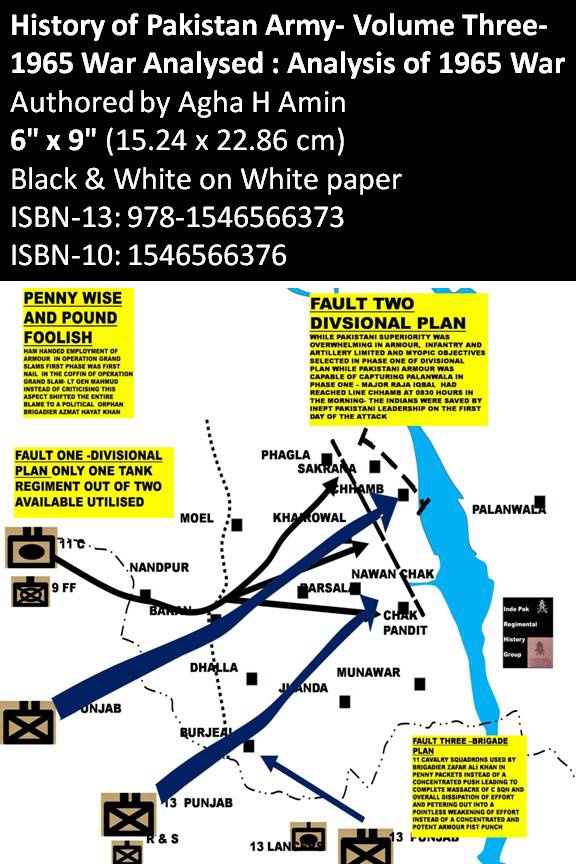 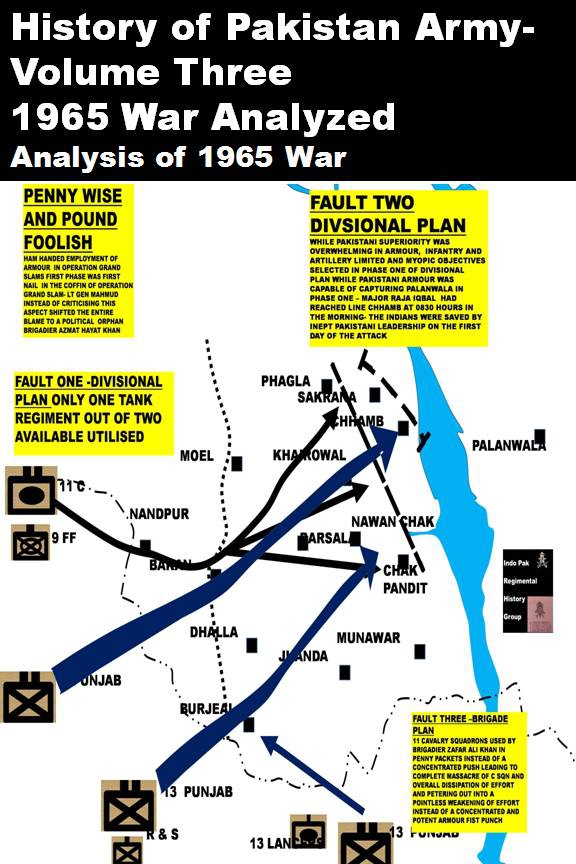 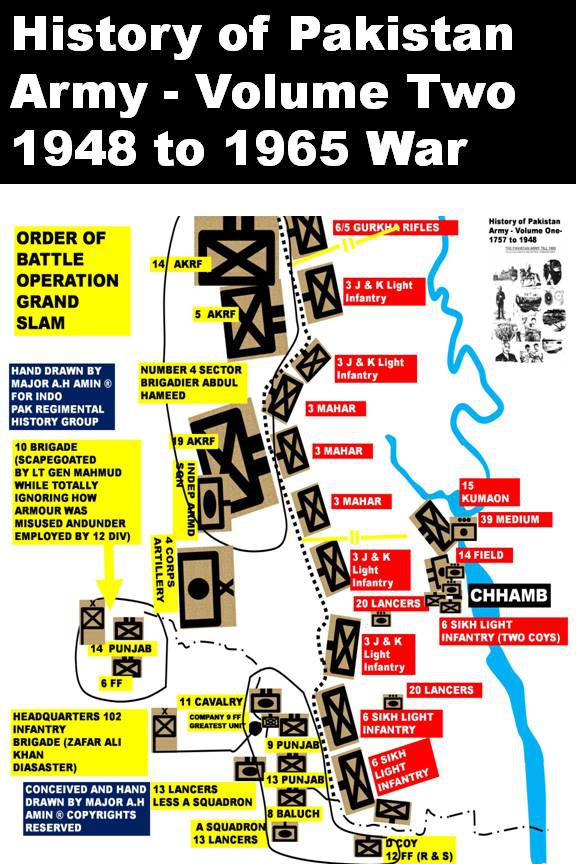 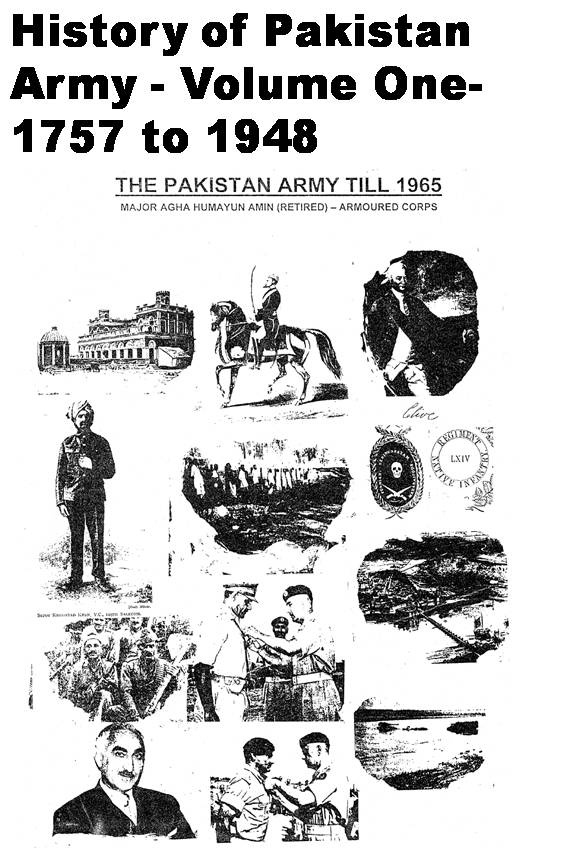