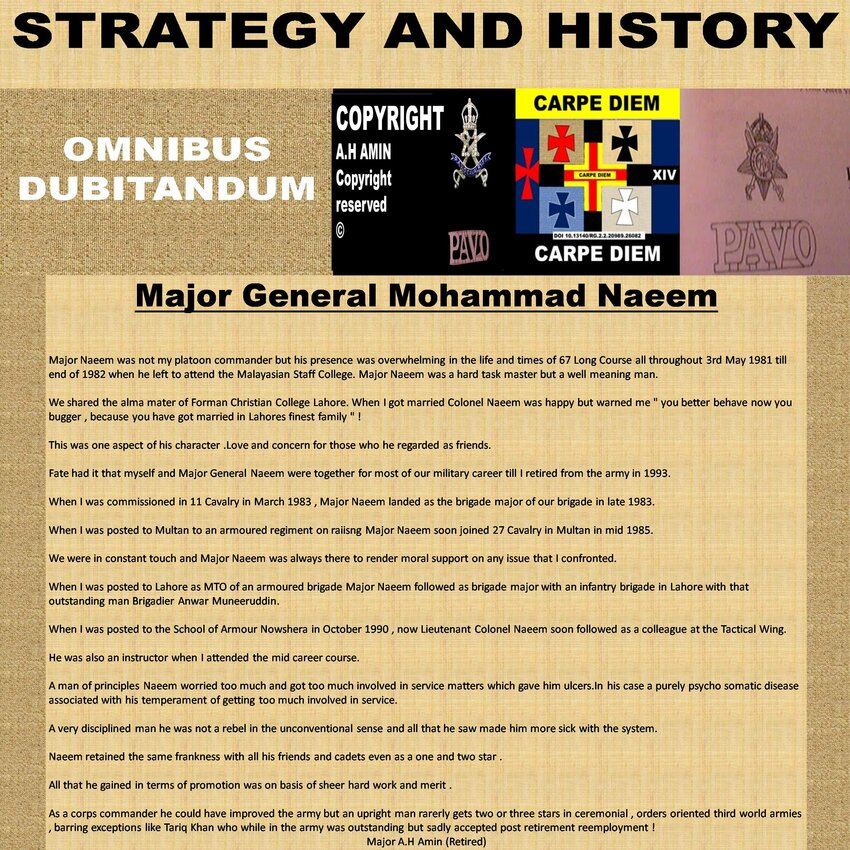 Our acquaintance with Major Naeem  27 Cavalry began on 3rd May 1981 when we saw him exhorting cadets of 67 Long Course to face the PMA reception or go home. 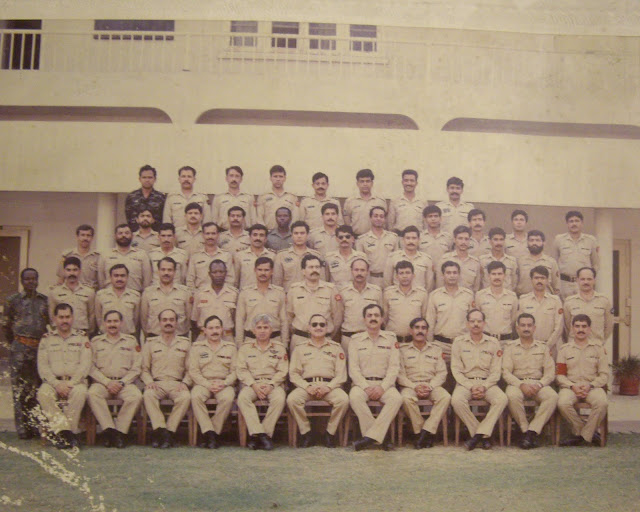 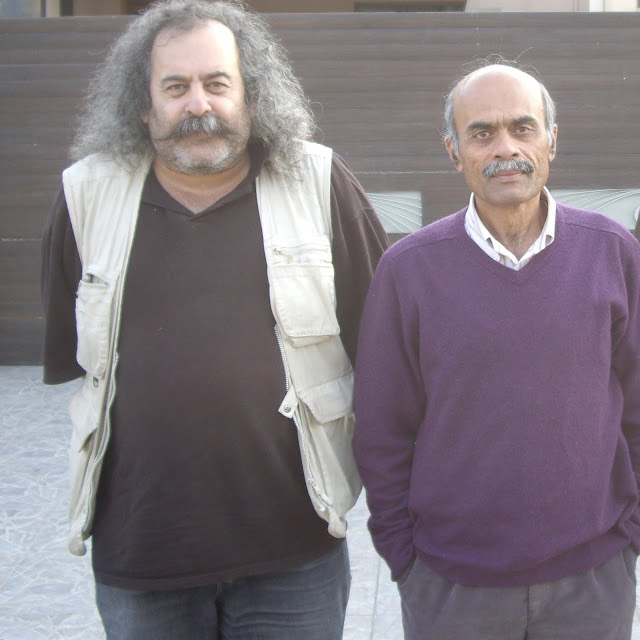 Major Naeem was not my platoon commander but his presence was overwhelming in the life and times of 67 Long Course all throughout 3rd May 1981 till end of 1982 when he left to attend the Malayasian Staff College.

Major Naeem was a hard task master but a well meaning man.

We shared the alma mater of Forman Christian College Lahore.

Fate had it that myself and Major General Naeem were together for most of our military career till I retired from the army in 1993.

When I was commissioned in 11 Cavalry in March 1983 , Major Naeem landed as the brigade major of our brigade in late 1983.

When I was posted to Multan to an armoured regiment on raiisng Major Naeem soon joined 27 Cavalry in Multan in mid 1985.

We were in constant touch and Major Naeem was always there to render moral support on any issue that I confronted.

When I was posted to Lahore as MTO of an armoured brigade Major Naeem followed as brigade major with an infantry brigade in Lahore with that outstanding man Brigadier Anwar Muneeruddin.

When I was posted to the School of Armour Nowshera in October 1990 , now Lieutenant Colonel Naeem soon followed as a colleague at the Tactical Wing.

He was also an instructor when I attended the mid career course.

A very disciplined man he was not a rebel in the unconventional sense and all that he saw made him more sick with the system.

Naeem retained the same frankness with all his friends and cadets even as a one and two star .

All that he gained in terms of promotion was on basis of sheer hard work and merit .

As a corps commander he could have improved the army but an upright man rarerly gets two or three stars in ceremonial , orders oriented third world armies

Commissioned in the old PAVO Cavalry now known as 11 Cavalry (FF) .Served in various command , staff,instructional and research assignments till the rank of a major commanding an independent tank squadron.
For history of PAVO 11 Cavalry please see the URL below
http://indopakmilitaryhistory.blogspot.com/2011/09/pavo-11-cavalry.html
For publications and testimonials of Major Agha H Amin see the link below
http://www.scribd.com/doc/92399986/Testimonials-Recommendations-and-Publications 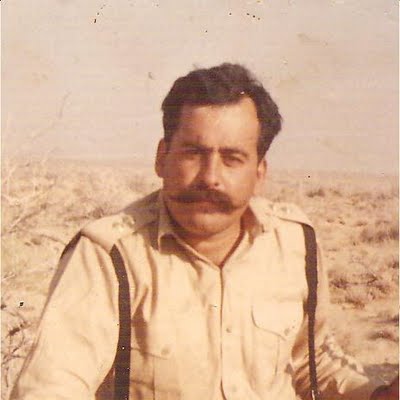 DOCILITY , TIMIDITY AND APPEASEMENT-WHAT IS WRONG WITH PAKISTAN ARMYS SELECTION AND TRAINING SYSTEM 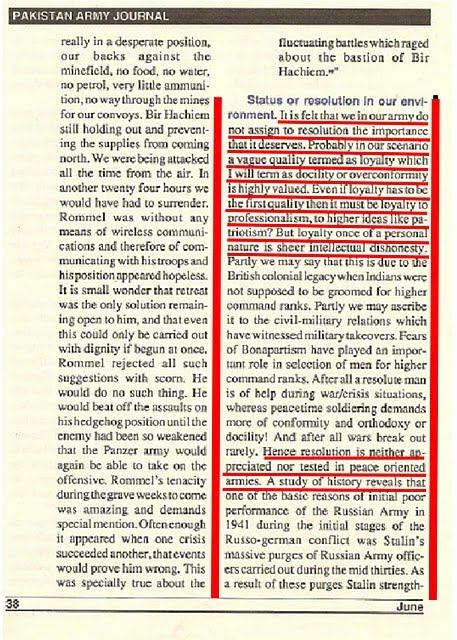 STORY OF A MISERABLE COMMAND FAILURE OF A CORPS,DIVISIONAL AND BRIGADE COMMANDER-CLICK ON PICTURE 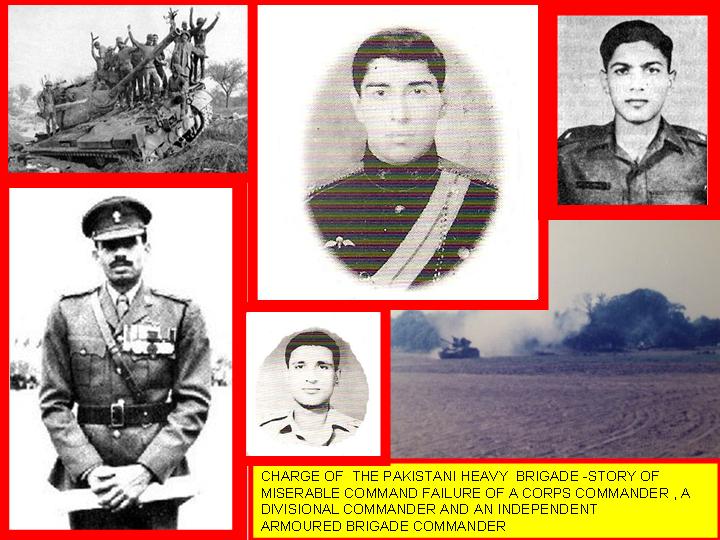 LINKS-CLICK ON LINK TO READ 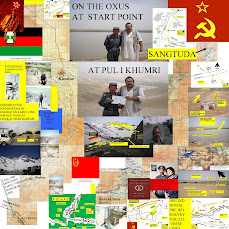 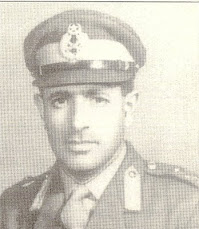 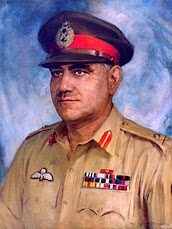 GREAT PERHAPS HE WAS HALF FRENCH GERMAN ! CLICK TO READ 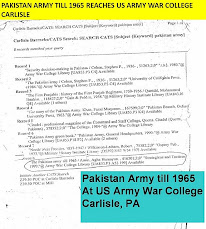 AND THE GENERAL WAS INTIMIDATED AND DEMOBILISED BY MYSTERIOUS UNKNOWN DANGERS ON THE FLANKS !!!!! 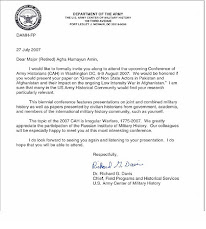 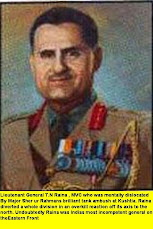 MAY GOD BLESS HIS SOUL-CLICK ON PICTURE TO READ 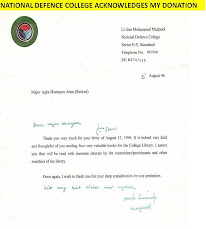 Pakistan the beautiful woman sells herself to the highest bidder

DEVELOPMENT OF TALIBAN FACTIONS IN AFGHANISTAN AND PAKISTAN-A GEOGRAPHICAL ACCOUNT 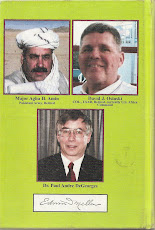 The Battle of Hilli or the Battle of Bogra was a major battle fought in the Indo-Pakistani War of 1971 and Bangladesh Liberation War.

It is generally regarded as the most pitched battle that took place in East Pakistan, now Bangladesh. The battle of Hilli took place between 23 November 1971 and 11 December 1971,though the final surrender took place on 18 December, 1971.

The main objective of the Indian Army was to control Bogra, thereby cutting off Pakistan forces in the north from the rest of East Pakistan. The best way of getting to Bogra was through Hilli. The frontal assault on the Pakistan fortifications took a huge toll on both sides - the Indian Army suffering the greater number of casualties - before Indian forces finally broke through by establishing a block in the read of Pakistani forces in Hilli, upon which the 4FF Battalion in Hilli was withdrew for the defence of Bogra.The Indian side consisted of the 20 Indian Mountain Division led by Maj-Gen. Lachhman Singh. The constituent units of this division were 66 Brigade, 165 Brigade, 202 Brigade and 340 Brigade (all infantry units), 3 Armoured Brigade, 471 Engineer Brigade and two artillery brigades augmented by 33 Corps Artillery. The ground troops were aided by aerial support provided by the Indian Air Force which had acquired air superiority in the east and were armed with rockets, guns and 100 lb bombs.

On the Pakistan side, the Area of Responsibility (AOR) was on 205 Brigade of Pakistan Army led by Brigadier(later retired as Major General) Tajammul Hussain Malik. He had joined the brigade 4 days ago, when he volunteered to leave GHQ, Rawalpindi and command troops in the East Pakistan. He put up a stiff resistance that earned praise from many quarters.He had placed screens along the railway line nearby and at the Railway Station complex in the area. The defensive positions were sited in depth to cover all routes leading into East Pakistan.

They fought the entire Indian division and the Mukti Bahini soldiers till the Indians decided to bypass Hilli and establish a block in its rear. Brig. Malik then withdrew the forces in Hilli to avoid being cut off and to defend for the Bogra itself. Bogra was surrounded from all sides by the greater numbers of the Indian army and the Mukti Bahini.

Brig. Malik's resistance continued even after the Pakistani Eastern Command surrendered in Dacca on 16 December. He, in his staff car with flags and stars uncovered went around the streets of Bogra motivating his soldiers to keep fighting. The Indian army had by then, surrounded the city of Bogra. The Brigade Major along with some 50 ORs surrendered but the Brigadier still full of vigour refused to give up. Brig. Malik ordered the rest of his brigade to break out in small groups to Naogong, where one of his units was still fighting on. However en-route, his jeep was ambused, severely injuring him and his orderly. Muktis captured both of them and subjected them to torture. They broke his arms and split his head after which he was taken semi-conscious to an Indian army hospital. Major General Nazar Hussain Shah, was especially flown in from Natore for the surrender of this brigade on 18 December 1971, due to the refusal of Brigadier Malik. Upon return from captivity, he was the only brigadier out of 32 or so who fought the 1971 War in East Pakistan to have been promoted to Major General rank.The battle was a significant one as it involved great personal valour on both sides. This is highlighted by the fact that soldiers on either side won their nation's highest military honours. This battle was also unique in that it had started before the official start of the India Pakistan war but continued right until the formal surrender of Pakistan. Unlike other battles in the East where the Indian army dominated, Pakistan forces gave a very good account of themselves before the combined might of the Indian military managed to occupy the area. The Indians were so impressed by General Tajammul Hussain Malik’s fighting tactics that after the war the Indians had sent a team of experts to study the battle on the ground and determine reasons why such a heavy force as described above could not break through that sector till the end. 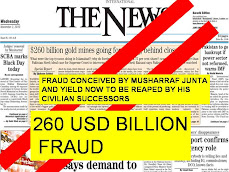 HARVEST TO BE REAPED BY HIS SUCCESSORS

What were your impressions about Zia as you saw him in the Army tenure?

MAJOR GENERAL TAJAMMULS ANSWER (AND I AGREE WITH HIM 100 %)

I had not intimately known him before he became the Chief of the Army Staff but from his conduct during the Divisional Commanders Conferences, he appeared to me an incompetent and low grade officer.

In one of the Division Commanders promotion conferences, I even saw him sleeping with his mouth open.

I remember my old Brigade Commander, Brigadier Hayat, with whom I served as his Brigade Major, once told me that he had written in Major Zia ul Haq’s ACR when he served under his command, “Not fit to go beyond the rank of a Major”. It is an irony of fate that a person of such a calibre had ruled Pakistan for a long period of eleven years till he was finally killed in an air crash.

LINK FOR THE ABOVE QUOTE:--

GRAND LIES AND CONTRADICTIONS ABOUT AFGHANISTAN 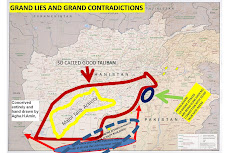 THE GREATEST HOAX IN MODERN HISTORY I 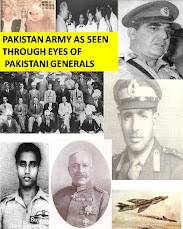 DEVELOPMENT OF TALIBAN FACTIONS IN AFGHANISTAN AND PAKISTAN-A GEOGRAPHICAL ACCOUNT 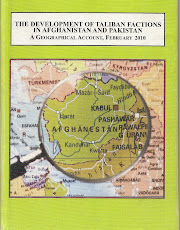 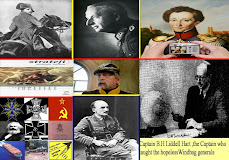 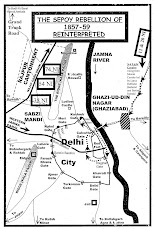 ADD THIS BLOG TO TECHNORATI FAVOURITES 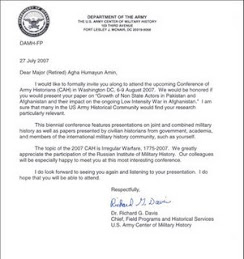 NOT RETURNING A BOOK FOR WHICH YOU HAVE NOT PAID

I WROTE PAKISTAN ARMY TILL 1965 IN 1999.BELOW IS THE SHORT ONE PAGE CONCLUSION CHAPTER:--

THIS IS A SUMMING UP OF PAKISTAN ARMYS MILITARY PERFORMANCE BASED ON 24 YEARS OF MY RESEARCH CONCLUSION OF PAKISTAN ARMY TILL 1965THE COMMANDANT OF THE COMMAND AND STAFF COLEGE QUETTA,PAKISTAN DID NOT HAVE THE INTELLECTUAL HONESTY TO ACCEPT THIS BOOK FOR THE LIBRARY ( CORRESPONDENCE AND MY ORIGINAL LETTER IN THE BLOG DIVERSITY AND DISSENT).TO READ THE LETTER CLICK THE LINK BELOW:--


JUST COMPARE THIS PETTY INTELLECTUAL PARSIMONY AND BIGOTEDNESS WITH THE GENEROUS ACKNOWLEDGEMENT OF A BOOK OF MINE " THE ESSENTIAL CLAUSEWITZ " THAT I DONATED TO US ARMY MILITARY ACADEMY WEST POINT.REPLY OF COMMANDANT WEST POINT BRIGADIER GENERAL MC FARREN IS AS BELOW(CLICK ON LINK):-- 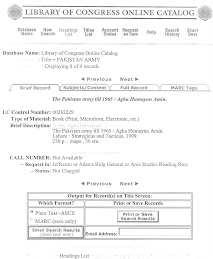 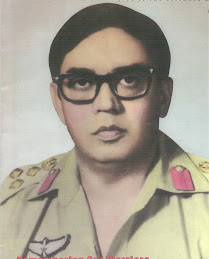 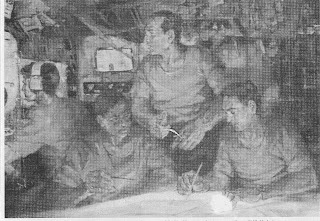