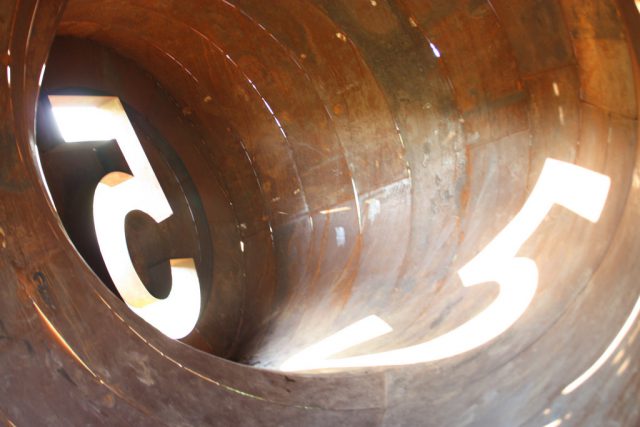 The future of the ADF is ‘fifth generation’, or at least the Chiefs of Army, Navy and Air Force think so. It might’ve been just a passing fad, given that the term originated as a company marketing slogan selling a long-delayed fast jet. But in recent years the expression has morphed into a useful buzzword encapsulating several deeper concepts. At its core, ‘fifth generation’ is all about ideas, about how we conceive of waging tomorrow’s wars—and preparing for them. It encompasses four major approaches:
The order of these approaches mostly reflects the sequence in which they’ve been incorporated into the concept of fifth-generation warfare. The oldest is network-centric warfare, dating from the mid-1990s; the others have become increasingly prominent over the last several years. The progression highlights that commercial information technology has often led military developments in the fifth generation. Cloud computing, for example, was initially implemented in the mid-2000s but it was not until the mid-2010s that the concept was embraced by military thinkers.
Each of these four conceptualisations is important, but in fifth-generation warfare they don’t exist individually; they function together as an integrated, interdependent ‘system of systems’ whose whole is greater than the sum of its parts. Fifth-generation warfare is accordingly a dynamic way of war, constantly evolving as the context changes and new demands arise.
Moving to fifth-generation warfare has several implications.
First, there are obviously two in-built technical vulnerabilities. Digital systems are inherently susceptible to cyber intrusions that may steal, delete or change data, or insert false data that can quickly spread across the network. While cybersecurity techniques are steadily improving, so are cyber intrusion methods, with neither remaining in the ascendancy for long. But it’s more than just cyber: electronic and information warfare techniques are designed to deliberately input false data into hostile networks that spreads to all users, confusing and distorting the shared picture.
Moreover, fifth-generation warfare relies on datalinks. Emitters are inherently vulnerable to detection; network participants can be located and tracked—and thereby targeted by precision-guided weapons. Some datalinks are harder to detect than others; however, as with cyber, technology continually improves. Cybersecurity and datalink emission tracking will require constant effort for the operational life of fifth-generation warfare. They are serious Achilles’ heels.
Second, modern wars inevitably involve coalition operations, so on any network there may be actors from many different countries. All involved will be doing their best, but within each country’s forces, and within the coalition overall, there’ll be elements using different intelligence sources, different threat libraries and different electronic signature data to make decisions about the identity and location of hostile and friendly forces, and neutral entities. The operational perils implicit in the ‘garbage in, garbage out’ aphorism suggest that some force elements will be more trusted than others in fifth-generation warfare. ‘Balkanised’ networks (in which some nodes are disregarded or receive degraded data) are likely, leaving some nodes to potentially fight their own separate wars instead of being part of a coherent, carefully coordinated application of coalition military force.
Reducing a force to a collection of small, independent networks undercuts the Metcalfe’s law logic of fifth-generation warfare, which asserts that the ‘power’ of a network is proportional to the square of the number of nodes in the network. The probability of blue-on-blue engagements also increases as the location of friendly forces becomes less certain to all coalition participants.
Third, individual national sovereignty is diminished, especially in the combat cloud concept, since information is pulled from the digital cloud with perhaps only limited knowledge of its source. Using such off-board information—rather than that derived from one’s own onboard sensors as happens today—to engage targets inherently reduces each nation’s responsibility and accountability. A senior ex-RAF officer complained that ‘this slaughters [the UK’s] legal stance on a clear, unambiguous and sovereign kill chain’. Fourth, the fifth-generation warfare idea relates to what Edward Luttwak called ‘the technical dimension of strategy’. Technology influences how we fight wars, but there’s more to being successful than technology. Leading-edge technology was insufficient to win the Vietnam, Iraq and Afghanistan wars—and fifth-generation warfare so far doesn’t appear any different.
And lastly, the end of fifth-generation warfare may be in sight. In the 1990s, futurists Alvin and Heidi Toffler argued that ‘how we make war reflects how we make wealth’. They foresaw that the information technology age would necessarily compel changes in warfare. In many respects, fifth-generation warfare is the working out of that idea. Now some see another industrial revolution approaching that will change the way wealth is made. If the Tofflers are right, warfare may change again. Third offset, anyone?
AUTHOR
Peter Layton is a visiting fellow at the Griffith Asia Institute at Griffith University. Image courtesy of Flickr user chintermeyer.
Back to News
Use left/right arrows to navigate the slideshow or swipe left/right if using a mobile device