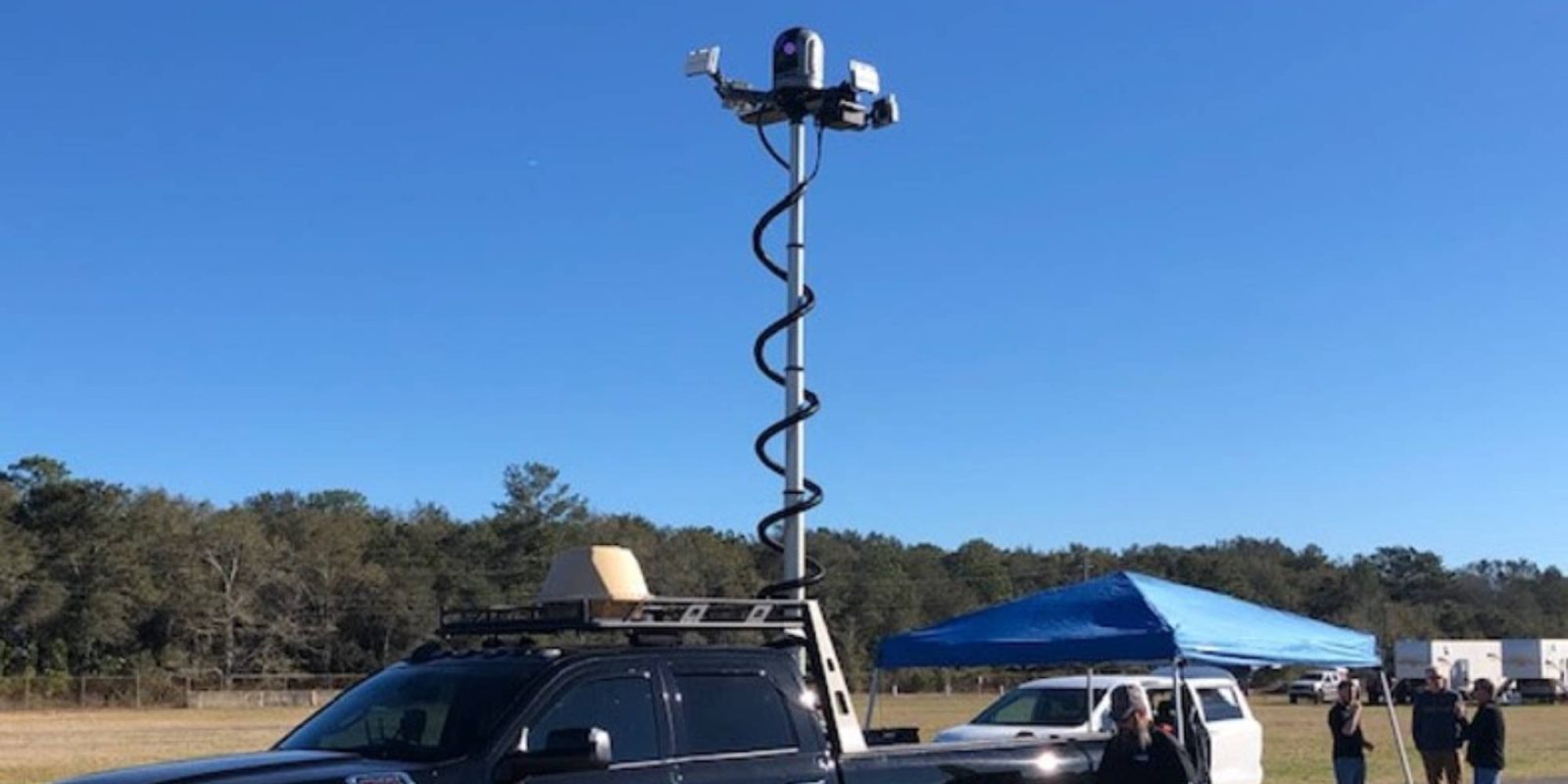 Counter drone company DroneShield has successfully demonstrated its TIPS-C counter-drone solution at a US Air Force Base. The TIPS-C has been produced with Trakka Systems and demonstrated to key decision-makers from a few companies.

During the last Wednesday in February, DroneShield and Trakka Systems executives met with decision-makers from Hanscom and Eglin AFB at the Northwest Florida Fairgrounds to demonstrate their counter-drone tech in action.

The Trakka Interceptor Package Solution or TIPS-C uses DroneShield’s DroneSentry-C2 command and control platform to display the data in an easy-to-understand dashboard for users to access.

Some of the partners at the demonstration shared some feedback on what they saw:

“No OEM has been able to successfully demonstrate an integrated system that detects UAS, slews optical sensor onto target and tracks, then classifies the UAS.”

“Setup time from covert to up and detecting was less than 10 minutes. For a mobile, multi-sensor system that’s unprecedented.”

The system is reinforced with Trakka’s TrakkaCam and DroneShield’s RadarZero sensors and DroneOptID algorithms. All of this combined allows it to “create an exceptional joint-capability drone detection and tracking system, with slew-to-cue camera operations for visual threat assessment and video evidence recording.”

Based in Sydney, with offices in Virginia, Washington DC, and London, DroneShield is a drone security company focused on creating solutions that protect people, organizations, and critical infrastructure from rogue drones.

DroneShield produces its own line of anti-drone products, with the most notable being the DroneGun. The company is working with governments from around the world to implement counter-drone technology in the ever-changing environment. Some of the clients include the United States, the Southeast Asian Army, and the European Union.

You’re reading DroneDJ — experts who break news about DJI and the wider drone ecosystem, day after day. Be sure to check out our homepage for all the latest news, and follow DroneDJ on Twitter, Facebook, and LinkedIn to stay in the loop. Don’t know where to start? Check out our exclusive stories, reviews, how-tos, and subscribe to our YouTube channel.

Josh started in the drone community in 2012 with a drone news Twitter account. Over the years Josh has gained mass exposure from his aerial photography work and spends his days writing drone content for DroneDJ as well as pursuing his business.