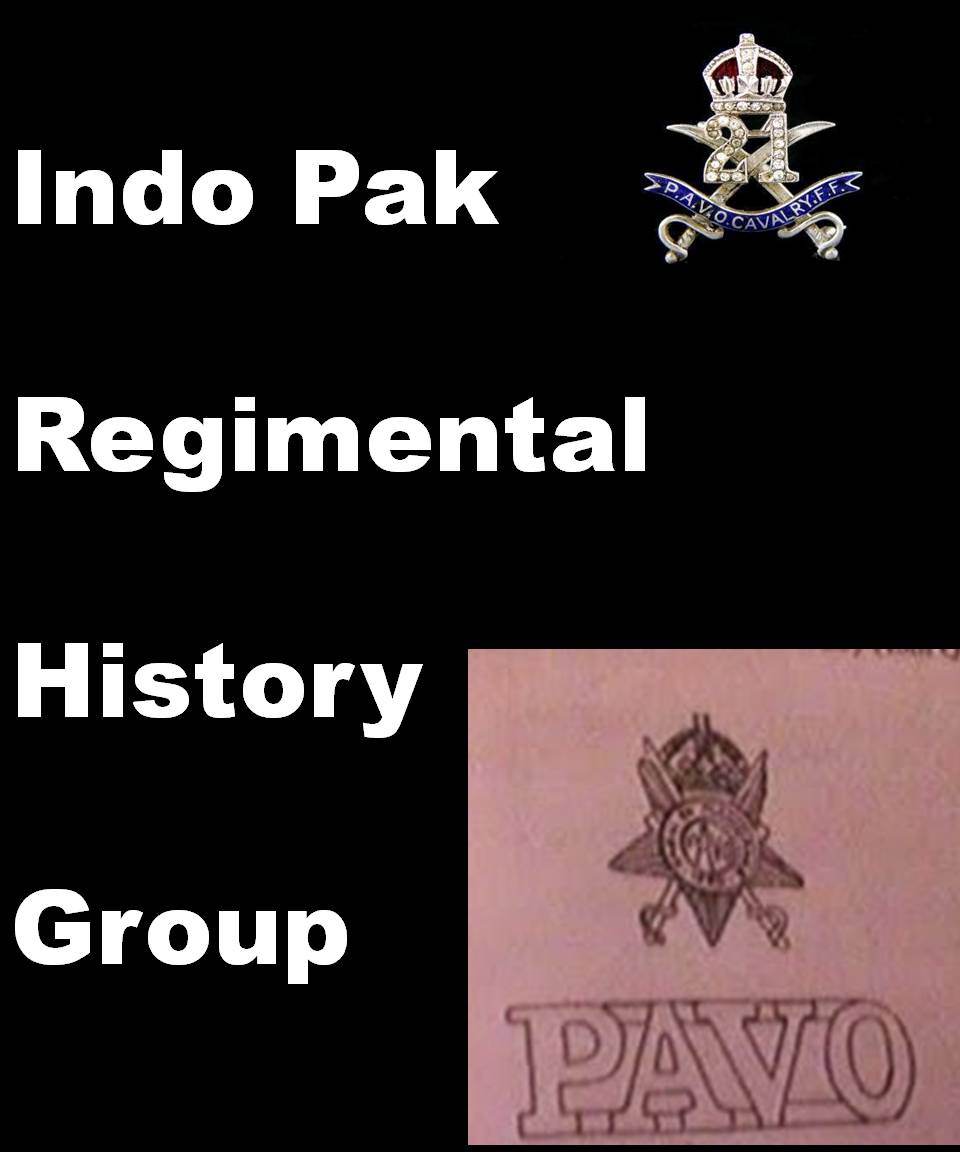 General Niazi, who passed away on Monday, spoke to India Abroad -- the
largest circulated Indian-American newspaper, which is owned by
rediff.com -- in December 2001. A rare interview conducted by Amir
Mir.

A. I agree with the general public's demand that those responsible for
the East Pakistan crisis, especially the uniformed ones, should have
been punished. Having returned to Pakistan after the debacle, I
volunteered to face court-martial proceedings. But my offer was denied
by the then army chief, Tikka Khan. He did not want the Pandora's Box
to be reopened. Any such action could have exposed the general
headquarters' inept conduct of war and Tikka's role as army reserve
commander. As a matter of fact, we were denied the right to
self-defense before the Hamoodur Rehman Commission, which would not
have been denied in a court-martial.

Under the Pakistan Army Act, you can cross-examine and call a witness
in your support, especially when your character and reputation are at
stake. Since such an opportunity would have exposed the GHQ's own
weaknesses, we were never court-martialed. Even otherwise, had there
been a court-martial, I would have been exonerated quite easily. The
commission had agreed with my contention that the orders for surrender
were given to me by President Agha Yahya Khan.

Q. You say the commission had agreed with your contention that the
surrender orders were given by President Yahya Khan. But the report
released by the Musharraf regime holds you and a few other generals
responsible for the debacle.

A. If I was responsible for such a big tragedy, why was I not
court-martialed, although Tikka was out to damage me? Being the army
chief, Tikka cancelled two squares of borderland allotted to me in
Kasur. In his January 1991 statement published in an English daily,
Tikka had stated: 'We even did not find any potential material against
Lt Gen A A K Niazi, who surrendered to the Indian Commander, Lt Gen
Jagjit Singh Aurora, because he had permission to surrender from Yahya
Khan. But we did not take him back in the army and through an
administrative action, retired him with normal benefits.'

Q. You mean to say then President Yahya Khan was solely responsible
for the fall of Dhaka and you were just following his orders?

A. No. Besides Yahya Khan, there were a few more personalities equally
responsible for the East Pakistan crisis who have not been blamed in
the report. The commission did not unravel the whole truth about
various personalities and factors, which fuelled the separatist
movement in East Pakistan and caused the final break-up of Jinnah's
united Pakistan.

The report concludes there was no order to surrender. However, 'in
view of the desperate picture' painted by you [being the commander of
the Eastern Command], the higher authorities only gave you a consent
to surrender, and that too, only if necessary. The report says that
you could have disobeyed such an order if you thought you could defend
Dhaka.

I swear on oath that I was given clear-cut orders from Yahya to
surrender, but still I was determined to fight till the end. I even
sent a message that my decision to fight till the end stands. However,
General Abdul Hamid Khan and Air Chief Marshal Rahim rang me up,
ordering me to act on the GHQ signal of December 14, 1971 because West
Pakistan was in danger. It was at this stage that I was asked to agree
on a cease-fire so that the safety of the troops could be ensured.

However, I still believe that had a counter-offensive been launched by
the Pakistan Army Reserves, composed of two armored and three infantry
divisions, Pakistan would have remained united and the war results
would have been much different.

Q. What do you say about the commission's findings that your troops in
East Pakistan indulged in loot, arson, rape and killings?

A. Immediately after taking command in East Pakistan, I heard numerous
reports of troops indulging in loot and arson, killing people at
random and without reason in areas cleared of anti-state elements.
Realizing the gravity of the situation, I approached my bosses through
a letter dated April 15, 1971, informing them of the mess being
created. I clearly wrote in my letter that there have been reports of
rapes and even the West Pakistanis are not being spared. I informed my
seniors that even officers have been suspected of indulging in this
shameful activity.

However, despite repeated warnings and instructions, the respective
commanders failed to curb this alarming state of indiscipline. And
this trend definitely undermined our troops' battle efficiency.

Q. How do you justify your failure as a military commander and do you
accept responsibility for the Pakistan army's humiliating surrender in
East Pakistan?

A. Our 45,000 troops were fighting against half a million Indian
troops, lakhs of Mukti Bahinis (Bengali freedom fighters supported by
India) and a hostile Bengali population. I actually needed around
300,000 troops to simply combat insurgency. By that time, we were
already cut from the base but still fighting without any respite.

If Hamood thought we were on a picnic, he should have joined us. Let
me make it clear that the army fought bravely under my command in East
Pakistan. However, it was an unabated power struggle, which finally
led to the 1971 debacle, especially when the barrel of the gun blocked
the transfer of power.

The 1971 imbroglio was the outcome of an unabated struggle for power
between Yahya, Mujib (founder of the Awami League, Sheikh Mujibur
Rehman) and Bhutto (former Pakistan prime minister, Zulfikar Ali
Bhutto). Yahya wanted to retain power while Bhutto wanted to attain
it. This was despite the fact that Sheikh Mujib's Awami League had
emerged victorious and he should have been handed over the government.
Bhutto's fiery speeches were not mere rhetoric, but the actions of a
desperate man vying for power at any cost. Had power been transferred
to Mujib, Pakistan would have remained united. However, it is pity
that the commission absolved Bhutto of any blame.

Q. The commission recommended that a coterie of generals be publicly
tried for the 1971 debacle. However, General Tikka, Sahibzada Yaqoob
Ali Khan (former commander of Eastern Command) and Rao Farman Ali
(advisor to Niazi) were exonerated. Were they were innocent?

A. I don't agree with the commission's act of exonerating these three.
It is surprising that no responsibility for the break-up of Pakistan
has been apportioned to Tikka, Yaqoob and Farman. In fact, Yaqoob's
inaction as commander of the eastern command resulted in aggravating
the situation in East Pakistan. Having messed up everything, Yaqoob
deemed it fit to desert his post and resign, while taking cover behind
his conscience. He should have been sent to the gallows for betraying
the nation. Yahya demoted him. However, Bhutto restored his rank and
sent him as ambassador to the USA. What a prize for desertion!

The Hamoodur Commission exculpated him, thus paving ground for
officers to resign instead of fighting out the enemy, whenever a
difficult situation develops. Similarly, Tikka has not been mentioned
in the report, although his barbaric action of March 25 earned him the
name of butcher. The commission overlooked his heinous crimes.

As far as Rao Farman is concerned, he was in-charge of the Dhaka
operations.

A. Bhutto was afraid of making it public given the fact that he was
equally responsible for the circumstances that finally led to the
dismemberment of Pakistan. A sub-committee of seven Bhutto aides was
permitted to have a glance at the report. The committee recommended
that the report should not be made public. Bhutto later used his
powers to modify 34 pages of the report.


Q. You insist that the Hamoodur Report is faulty, partial and
influenced by Bhutto. On the other hand, no one in the corridors of
power seems ready to court-martial the generals responsible for the
Dhaka debacle. With this in mind, do you have any solid suggestion to
bring the culprits to task?

A. To find out the truth about the 1971 debacle and punish the guilty,
it is essential to appoint a new commission with wider terms of
reference. This exercise should be presided over by the chief of army
staff. Two syndicates should take part.
It would be a very interesting exercise, with many useful lessons to
be learned. A military exercise should also be held to find out how
and why the small, tired and ill-equipped eastern garrison completed
all the given tasks under the worst possible conditions against
overwhelming odds, and why the western garrison, with enough forces
and resources and having the initiative, failed and lost 5,500 square
miles of territory in less than 10 days under conducive conditions.

After my return to Pakistan from Indian captivity in 1974, while
preparing my report on the East Pakistan debacle, I heard persistent
hints from GHQ sources that the Eastern Command had been sacrificed
according to a detailed plan, and that its senior commanders were made
the scapegoats for the loss of East Pakistan. My initial doubts turned
into conviction when, over the years, I pondered over this episode and
discussed it with people who knew that the GHQ Eastern Command had
been deliberately cheated, tricked and misled as part of a grave
conspiracy by the high command.

In fact it was so obvious that even the Indian Major General Shah Beg
Singh told me, "Your goose is cooked, sir. They have decided to put
the whole blame on you and your command for this episode." I am
therefore convinced that the fall of East Pakistan was deliberately
engineered.

Q. Can you substantiate your contention that the East Pakistan debacle
was deliberately engineered?

A. Yahya and Bhutto viewed Mujib's victory in the 1970 election with
distaste, because it meant that Yahya had to vacate the presidency and
Bhutto had to sit in the Opposition benches, which was contrary to his
aspirations. So these two got together and hatched a plan in Larkana,
Bhutto's hometown, which came to be known as the Larkana Conspiracy.
The plan was to postpone the session of the National Assembly
indefinitely, and to block the transfer of power to the Awami League
by diplomacy, threats, intrigues and the use of military force.

Connected to this conspiracy was the 'M M Ahmed plan', which aimed at
allowing Yahya and Bhutto to continue as president and prime minister,
besides leaving East Pakistan without a successor government. After
the announcement of the date of the assembly session (to be held at
Dhaka), there was pressure on the politicians to boycott it. The
reason given was that East Pakistan had become a hub of international
intrigue, therefore, it should be discarded.

In the end, this clique achieved its aim.

Q. Don't you think that the time has come for India and Pakistan to
shun their differences and enter into a peace dialogue for the
betterment of the masses?

A. We should never trust India. Successive Indian governments have
never reconciled to the idea of a strong Pakistan and have always
tried to weaken our country. Previous records show that India has
always damaged Pakistan. Whenever they get a chance in future, they
would never spare Pakistan. Even now in Kashmir, India has more than
hundreds of thousands of troops, killing innocent Muslims in the name
of fighting militants.

Even otherwise, Pakistan cannot enter into a peace dialogue with India
until and unless the latter gives a commitment to resolve the Kashmir
dispute in accordance with United Nations resolutions.

Q.If given a chance, would you like to play a role in the ongoing
diplomatic efforts for a peaceful settlement of the Kashmir dispute?

A. No. I would rather prefer to be even with India. Though I am too
old to fight now, I am still ready to command Pakistani troops in
Jammu and Kashmir to fight Indian troops.
Back to News
Use left/right arrows to navigate the slideshow or swipe left/right if using a mobile device